Dr. Win L Chiou received his Ph. D. in Pharmaceutical Chemistry in 1969 from University of California San Francisco Medical Center. He taught for two years at Washington State University and for 34 years at University of Illinois at Chicago including serving as department head and director of graduate study of pharmacy. After that he started to work for his own company, Winlind Skincare LLC. He has published more than 200 papers, had 6 US patents, and has been an invited speaker in areas of pharmaceutics, pharmacokinetics, pharmacodynamics, skincare and fungal nail treatment for about 100 times worldwide. He is an elected Fellow in 4 professional organizations. In addition, he has served as a consultant to the FDA, drug companies and law firms, and has served on editorial boards of nine journals. He is considered a world authority on pharmacokinetics and drug absorption. Many of his theoretical papers and commentaries are well cited; he likes to challenge many decades or century old conventional concepts in pharmaceutical, biological and medical sciences. His current major research interests are in areas of topical tissue regeneration, FDA’s policy on sunscreen, etiology and prevention  of skin cancers. He is the inventor of Gris-Peg, Dr. Win's Eternal Spring Serum, Dr. Win's Fungal Nail Therapy, and Bullet Acne Aid. His 1971 review article on solid dispersions  has been cited  more than 2,500 times per Goggle. He has been invited as a plenary speaker at the 2016 Global Dermatologist Meeting in Dubai and to review manuscripts for dermatology journals including Journal of Investigative Dermatology. 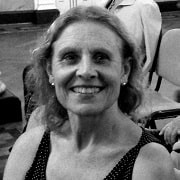 Professor Dr. Luisa Maria Arvide Cambra, Spanish is now Professor and Chair at the University of Almería (Spain) and she was Assistant Professor and Associate Professor at the University of Granada from 1979 on. Forty-nine years of teaching and researching experience. She is the Director of Research Group HUM113-Estudios Filológicos from the Program of Research of Andalusian Government, where she has managed and directed several academic and scientific contracts and research projects, as well as being a Member of European Scientific Institute (ESI) Team, Athens Institute for Education & Research (ATINER) in Greece, The Academic Genesis Platform (UAGP) in UK and Turkey, and Experts of Academic Excellence Research Centre (EAERC) in Jordan; GI Social Sciences Forum (GISSF), in Malaysia; Akademica Nusa International  Association of Social Sciences and Humanities, in UAE; Science Research  Association (SCIREA); Academic Fora; Foundation for Social Sciences and Education Research (FSSER); etc. She is a reviewer and member of the editorial board for several renowned scientific journals, as well as a member of the organizing, scientific and academic committees at prestigious international conferences. She is the author of many works on several aspects of Arabic science and literature in the middle Ages, as well as the Arabic language and linguistics. She has also participated in different prestigious international scientific conferences. She has visited many universities and academic institutions of Europe, United States and Arab countries in order to teach and research. 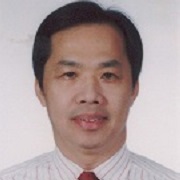 Bing-Huei Chen received his Ph.D. degree in Food Science & Technology, Texas A & M University, USA in 1988. He specializes in Lipid Chemistry, Pigment Chemistry, Instrumental Analysis, Food Toxicology, Functional Food and Botanical Drug Development and Biological Activity Determination as well as Nanotechnology. Until now he has published over 200 research articles in internationally renowned journals and authored 11 book chapters in edited books published by International Publishers. He has received numerous awards including the prestigious National Invention Gold Medal Award by Ministry of Economics, Taiwan in 2018 and was honored with Outstanding Research Scientist by Ministry of Science and Technology, Taiwan. He was also honored with International Outstanding Inventor of Biotechnology by Taiwan Inventor Association/International Innovation and Invention Alliance Association in 2019 and Distinguished Professor by Chinese Academy of Agricultural Sciences, China in 2015. Most importantly, Prof. Chen has developed a nano-product “Lycopene Chylomicron”, which has completed a phase III clinical trial in both Taiwan and USA in 2017 and demonstrated to be effective in the treatment of patients with prostatauxe syndrome. More recently, the International Association of Advanced Materials (IAAM), a European organization has honored him with IAAM Scientist Award 2020 for his contribution to the advancement of science and technology. 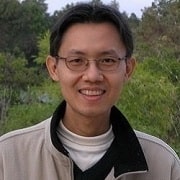 Pongsak Rattanachaikunsopon is a Professor in the Department of Biological Science at Ubon Ratchathani University, Thailand. He obtained a Bachelor of Science in Radiological Technology at Mahidol University, Thailand, and a Master of Science in Anatomy at Mahidol University, Thailand. He earned a Ph.D. in Molecular Biology at Lehigh University, Pennsylvania USA. His research of interest is biocontrol. His present research focuses on using bacteriophages (bacterial viruses) as alternatives to control animal and human diseases caused by pathogenic bacteria. He has published more than 50 papers in reputed journals and has been serving as an Editorial Board Member of more than 10 reputed Journals.

Dr Xiang-Qun (Sean) Xie is an Associate Dean for Research Innovation at School of Pharmacy and a Professor of Pharmaceutical Sciences/Drug Discovery Institute, and a PI of an integrated Medicinal Chemistry Biology laboratory of CompuGroup, BioGroup and ChemGroup (www.CBLigand.org/XieLab) at University of Pittsburgh. He is a member of the Science Advisory Board to the US FDA. He is a Founding Director of Computational Chemical Genomics Screening Center (www.CBLigand.org/CCGS), and a Director/PI of NIH National Center of Excellence for CDAR (www.CDARCenter.org). He holds joint positions at Dept of Computational Biology and Dept of Structural Biology, and Pitt Cancer Institute MT/DD Program. He is an Editorial Advisory Board member for AAPS Journal and American Journal of Molecular Biology, and Associate Editor of BMC Pharmacology Toxicology.

Ian James Martins is a reviewer for various journals and was appointed as the Chief Editor for Scientific and Academic Publishing (2013/2014). Research Gate’s analysis of Dr Martins publication stats places the RG score higher than 93% of the international researchers. Dr Martins is a Fellow at Edith Cowan University/Honorary Senior Fellow (University Western Australia). 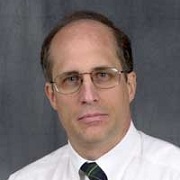 C P Coyne has completed his DVM at Colorado State University at Fort Collins Colorado, followed by an Internship in Surgery, PhD (Radiopharmacology) and Residency in Internal Medicine at the University of California at Davis. Currently he is a Professor of Molecular Pharmacology and Immunology in the Department of Basic Sciences, College of Veterinary Medicine at Mississippi State University. He has published over 50 peer-reviewed manuscripts in addition to the first comprehensive text on Diagnostic Pharmacology. Majority of recent and current on-going research investigations are devoted to the design of the molecular structure and organic chemistry reactions for the synthesis of biopharmaceuticals that have properties of selective targeted delivery and anti-neoplastic cytotoxicity.

Zeliha Selamoglu is a Professor in Medical Biology department of Nigde Ömer Halisdemir University, Turkey. She earned her PhD in Biology from Inonu University, She has published over 110 peerreviewed journal articles with over 1100 citations and many technical reports. She is a member of Society for Experimental Biology and Medicine: Associate Membership and European association for cancer research. She has served as Editorial Board member for many Journals.